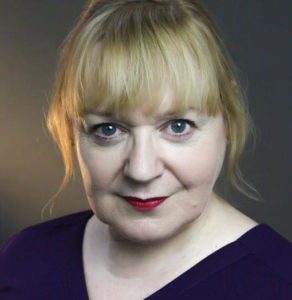 Dawn trained at the Drama Studio – London and The Actor’s Studio in Pinewood. She is delighted to return to Dot Productions for The Importance of Being Earnest.

This is Dawn’s sixthh outing with Dot, having previously played Mme Dubois in The Other Side of Peace: Lady Hunstanton in A Woman of No Importance, and Miss Prism/Lane/Merriman in The Importance of Being Earnest. Further stage credits include: Mrs Bennet – Pride and Prejudice: Quince – Midsummer Night’s Dream: The Duchess of York – Richard III: and Chorus – Henry V, all for Tread the Boards Theatre in Stratford upon Avon: Duncan/Macduff – Macbeth, Fred theatre: Ghost of Christmas Present/Fezziwig – A Christmas Carol, Nightshade Productions: Baptista – Taming of the Shrew, Lazarus Theatre. Film/TV credits include: Kathleen – Diminished: Richard’s Mother – Lucid, Jack Barrie productions: Mary – Second Life, Katherine Russell: Eve – The Seditionist, Kaine Levy: Marjorie – Family Secrets (feature), SGV Productions. If you happen to visit Europe, you might also spot Dawn in commercials for Sodastream and Burger King. 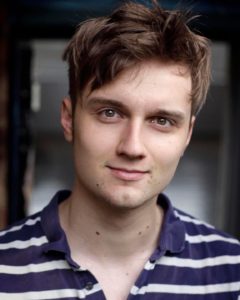 Jack trained at the Royal Central School of Speech and Drama. Recent stage credits include the lead in a tour of The Covenant, appearing in new feminist play FFS produced by award winning theatre company Wonderbox at The Space, appearing in musical comedy Second Coming Again (Riddles Court, Edinburgh and at the Lion and the Unicorn) and performing in new play Asking For A Raise directed by Hugo Aguirre and Franciska Ery. Later this year he will also be shooting feature film Misanthropis, an adaptation of Shakespeare’s Timon of Athens. 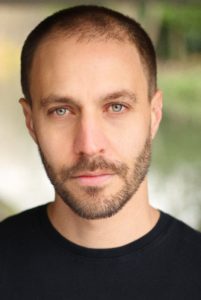 Andrew trained at East 15 acting school and has enjoyed a varied career on stage and screen. Andrew is also one half of the producing team for DOT Productions and has enjoyed seeing the company grow over the years.

Stage credits include – Mind in Invisible for N-Act Theatre in Schools: The Wicked Tailor in Stinxville for Arletty Theatre: The Duke of Exeter in Henry V, Fitzwilliam Darcy in Pride & Prejudice and Shere Khan in The Mowgli stories, all national tours for Illyria. The Beast in Beauty & the Beast for Hereford Courtyard Theatre. Professor Bosh in The Owl and the Pussycat went to see….for Brentwood Theatre. Brendan Byrne in The Weir for Full Circle Theatre Company. Andrew can’t believe it’s been ten years since DOT took to the road, and also that every year it involves more and more work! But he is grateful to have made some great friends along the way and got to perform in some great shows. He can’t wait to share this years summer offering with you all. 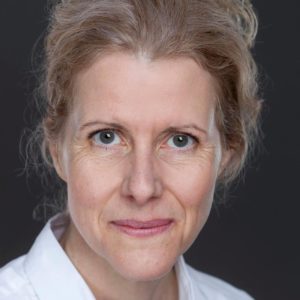 Born and raised in Aberystwyth, Non Vaughan-O’Hagan has a wide range of credits to her name as an actress, playwright and broadcaster. Rôles include the Nurse in Romeo and Juliet, Miss Bates in Emma and the Coroner on BBC’s longest running series Pobol y Cwm. She is delighted to be reprising one of her favourite rôles, Lady Bracknell. As a playwright Non adapted Jane Austen’s Emma for DOT Productions. This was followed by further play commissions, one of which I, Dido will shortly be made into a film. The lockdown ensured Non finished two further commissions one of which will be staged in the USA in 2021. Non regrets that due to these experiences, her ironing mountain is, well mounting… Her husband is truly an angel. 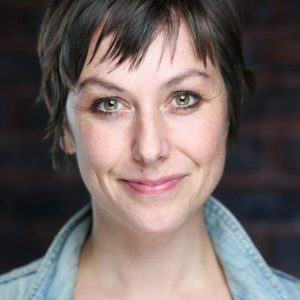 Sarita trained at ALRA and Central School of Speech and Drama and won the Lilian Baylis Award and a nomination for the Carleton Hobbs Radio Drama Award – she was also selected to take part in The Poel Event 2016 at The National Theatre.

Sarita has performed in various productions at The Globe Theatre, Nottingham Playhouse, The Hackney Empire, Theatre Royal, Bury St.Edmunds, for Channel 4 and on BBC World Radio.

As well as acting, Sarita took part in the Young Writers Programme at The Royal Court and was subsequently invited back to develop her first full length play. Three of her plays have been produced and performed in London. Underpinning her work as actor and writer is a love of the art of storytelling. 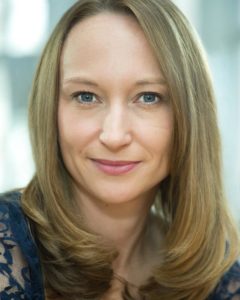 Francesca has worked on a wide range of theatre and film productions and is delighted to be rejoining DOT for ‘The Importance of Being Earnest’ after working with them last summer on Jane Austen’s ‘Sense & Sensibility’ in the USA; recent credits include ‘Joan Bulmer’ in ‘Katheryn Howard’, ‘Women of Aktion with Bent Architect, The Mother in ‘Waking Beauty’ in Dublin and at The Ovalhouse, an LGBT retelling of the classic Sleeping Beauty fairytale from The Minerva Collective and the critically acclaimed ‘Women of Twilight’ at The Pleasance, London; an all female play by Sylvia Rayman about a home for unmarried mothers in 1950’s London. Recent film credits include ‘Mrs Cratchit’ in ‘A Christmas Carol‘ for Runestone Pictures, ‘Claire’ in ‘The Lossen’ with Linda Marlowe & she is in pre-production for ‘The Asset’ Rotunda Films.