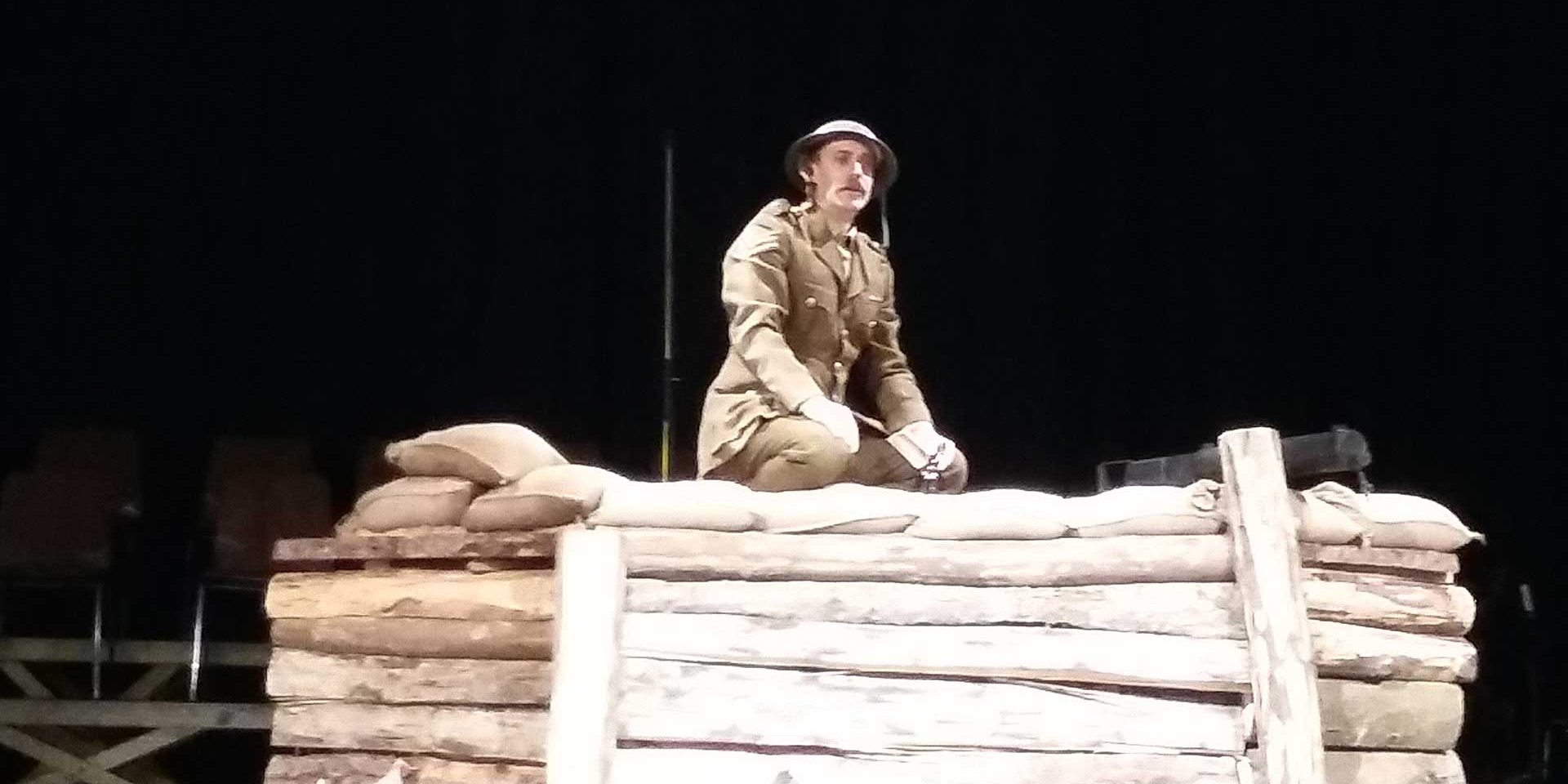 DOT Productions has been involved with The Forget Never Project since 2014 when we were approached by Basildon Heritage group to produce the play ‘Sons of three countries remembered’ by Dawn Knox. Based on the lives of three real life soldiers from Britain, France and Germany, it told the story of their experiences in WWI, using music performed by local choirs and the German folk band Fricklesome Amsel. The play was performed in Britain, France and Germany through 2014 – 2017.

In 2018 a new production was commissioned to commemorate 100 years since the end of WWI.  ‘The Other Side of Peace’ by Dawn Knox was performed in Basildon, Nov 2018 and now looks to be going on to a production in Germany this Spring.

I, Dido
Go to Top